George Sharrow, a lifelong resident of th Ausable Valley, died at this home on Forge street [sic] in this village about midnight on Monday, aged 53 years.  Mr. Sharrow was born at Black Brook, and for the past twenty-eight years was a faithful and trusted employe [sic] of the J. & J. Rogers Company.  For several years past he had been afflicted with heart trouble, and for five weeks prior to his death he was in a serious condition.  He is survived by three sons-Sharrille, Augustin and Horace; and three daughters, Mrs. Lorn Snow of this village, Rev. Sister Mary Sebastian of Port Henry, and Miss Augustine of this village.  One brother, John Sharrow of Rutland and two sisters, Mrs. E. Duprey and Mrs. O. LaHart of Forestdale aslo [sic] survive.  The funeral will be held from Holy Name church this morning at 9 o’clock.

Below is a picture that I THINK may be George on the right. 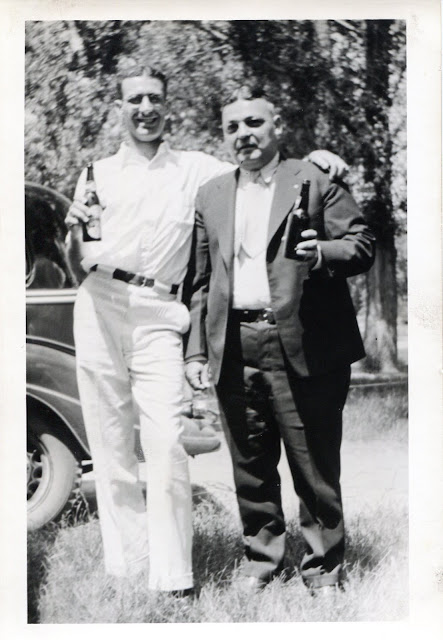 And if anyone knows who's on the left, let me know :)