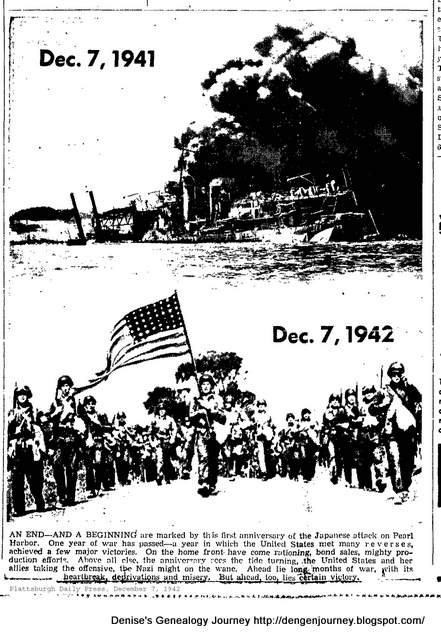 AN END-AND A BEGINNING are marked by this first anniversary of the Japanese attack on Pearl Harbor.  One year of war has passed-a year in which the United States met many reverses, achieved a few major victories.  Above all else, the anniversary sees the tide turning, the United States and her allies taking the offensive, the Nazi might on the wane.  Ahead lie long months of war, with its .... heartbreak, deprivations and misery.  But ahead, too, lies certain victory.
Posted by Denise C at Friday, December 07, 2012