I had to laugh at this advertisement from April 1926 in The Adirondack Record: 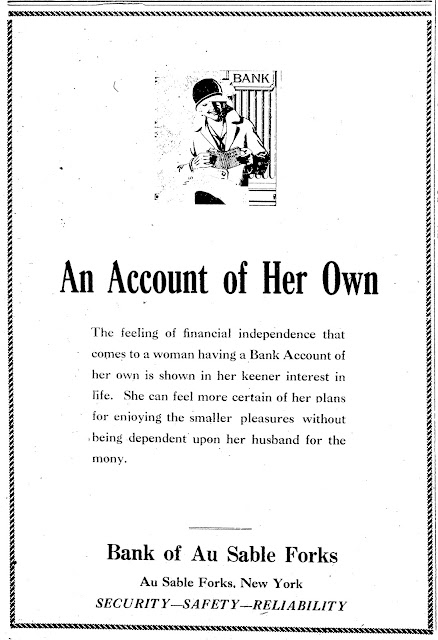 An Account of Her Own
The feeling of financial independence that comes to a woman having a Bank Account of her own is shown in her keener interest in life.  She can feel more certain of her plans for enjoying the smaller pleasures without being dependent upon her husband for the mony. [sic}
Bank of Au Sable Forks
Au Sable Forks, New York
SECURITY-SAFETY-RELIABILITY

Now the building is home to the Tahawus Lodge Center .