My paternal grandmother, Helen Torrance Coughlin, was always sending us clippings from the local papers.  I found this today while trying to find a photo. It's from the Adirondack-Post, October 18, 1975 and is the photo I posted in August 2013!! 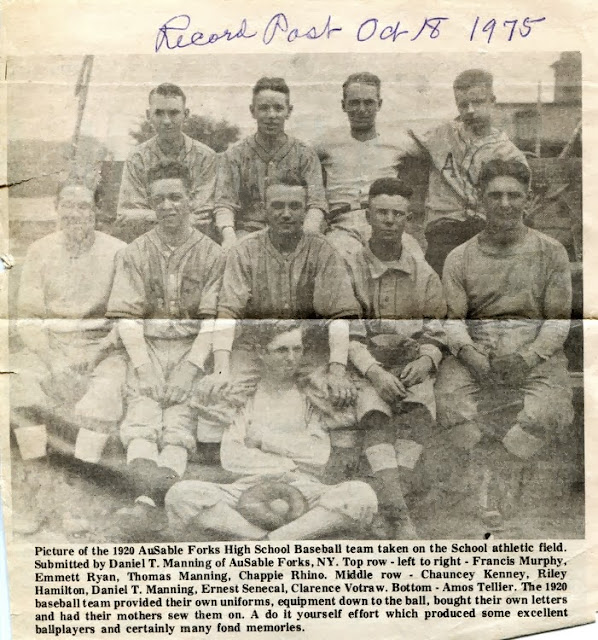 Picture of the 1920 AuSable Forks High School Baseball team taken on the School athletic field.  Submitted by Daniel T. Manning of AuSable Forks, NY. Top row - Francis Murphy, Emmett Ryan, Thomas Manning, Chappie Rhino. Middle row - Chauncey Kenney, Riley Hamilton, Daniel T. Manning, Ernest Senecal, Clarence Votraw. Bottom - Amos Tellier. The 1920 baseball team provided their own uniforms, equipment down to the ball, bought their own letters and had their mothers sew them on. A do it yourself effort which produced some excellent ballplayers and certainly many fond memories.

I always love it when I am looking for something and find something that relates to what I either just blogged about or that I am researching.

I present to you the 1920-21 Au Sable Forks High School Baseball Team: 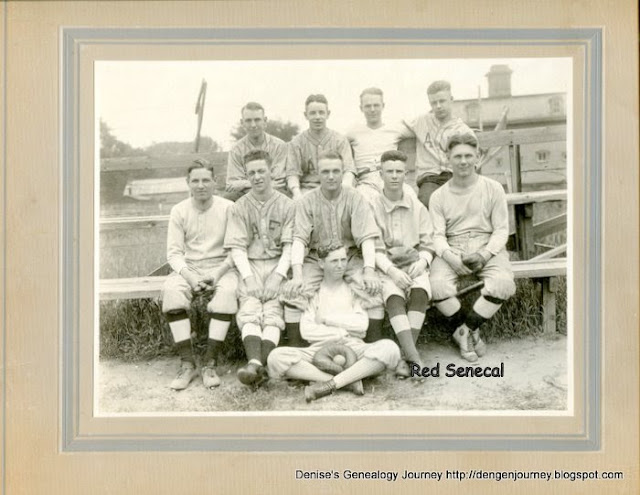 And the Lineup included: 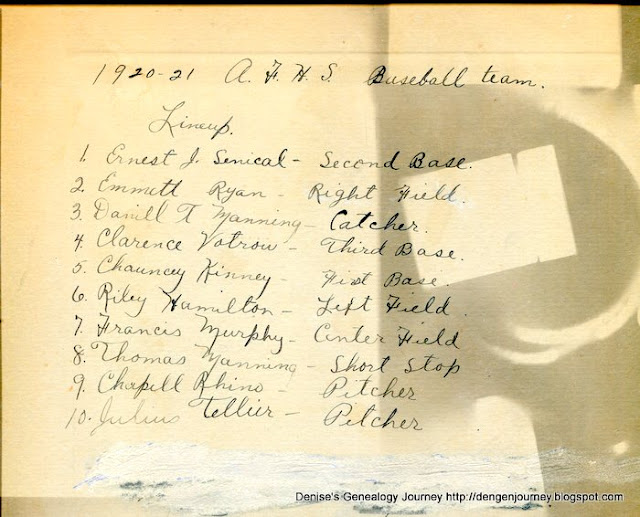