And the roll call of ancestors continues! This entry in the "52 Ancestors in 52 Weeks Challenge" is my paternal great grandfather, Daniel Joseph Coughlin (1877-1953).

I do have a picture of him working the farm at Palmer Hill, Black Brook, Clinton County, New York in the 1930's. 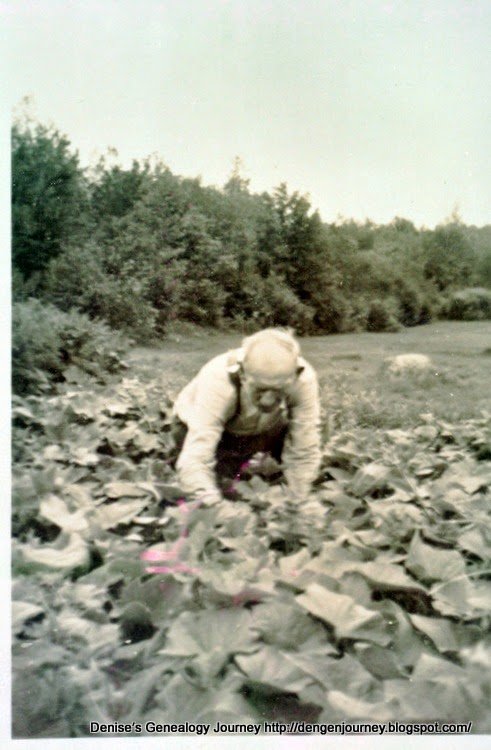 I have been tinkering with a census tracking form. So I used Grandpa Dan as my "test subject".  The only census I have been unable to locate him in is the 1900 Federal Census. He would have been 23 years old in 1900 and I am not sure where he may have been as he did various jobs before he took over the family farm after the death of his father in 1911. It was interested as I reviewed the censuses I have from him and saw the many variations of "Coughlin". Most I have seen on my personal correspondence but a few I had not seen so they have been added to my Names Variations chart! 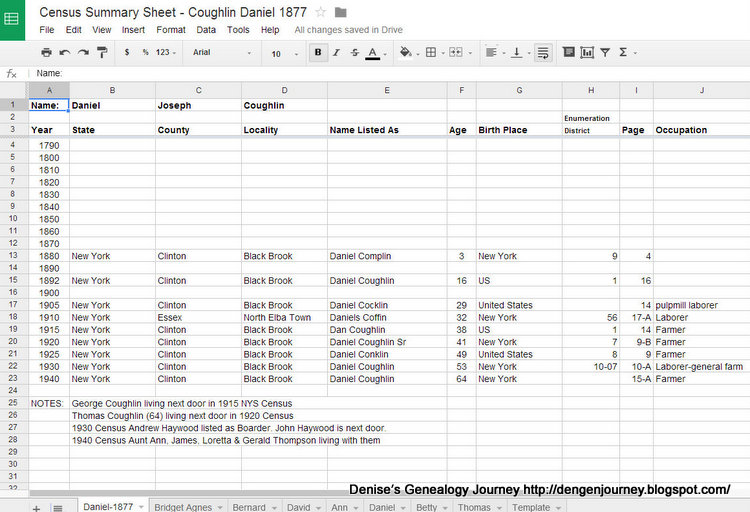