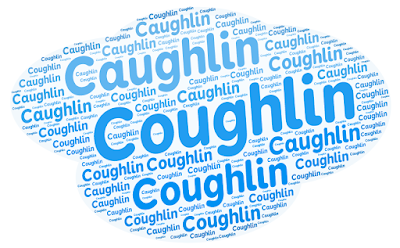 "My" Week Three of Family History Month has the focus on Coughlin, my father's line. This is definitely a brickwall line. Growing up we were the only Coughlin's in the phone book in South Carolina. NOT the case in the Northeast!!

For my direct line, surnames that married into the family include: 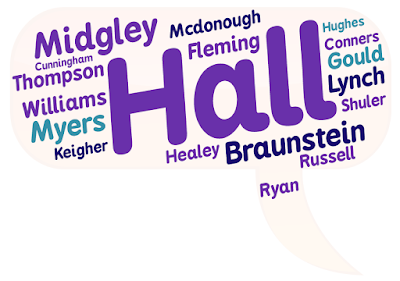 When I add in the aunts and uncles, surnames include:

When I add in cousins (of all removals), surnames include: